THIS IS……… PANDORA HO 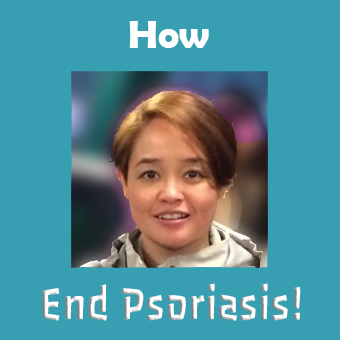 My name is Pandora HO. I’m 51 years old and living in Hong Kong. I started to have red scaly patches when I was 13/14 years old.

At that time the patches were mainly on my scalp. I went to see those “so called” specialist doctors from Government hospitals here in Hong Kong. The doctors in these hospitals told me that I had Eczema, they prescribed “Betnovate Scalp Application”. As the years passed, the patches began to develop on my belly, elbows, back and legs, basically everywhere. I continued to believe that I had Eczema for many years, until I saw a Dr. Kong (he was a very famous dermatologist in Hong Kong, he is retired now). Dr. Kong told me that the symptoms of Psoriasis and Eczema are very similar. He advised me that my case was Psoriasis. The ointment that he gave me was like magic. After putting it on my patches for a couple of days, the patches would disappear. But I never know what exactly he had prescribed for me, as he mixed many different ingredients together. Also, that ointment cost me a fortune in $$$$, so I smeared a very small amount each time in order to reduce the number of visits to Dr. Kong.

In 1999 I spent 3 months in Mauritius with my relatives. One of the family members told me a dermatologist in Mauritius called Dr. Fakim, then other relatives told me more about him. Dr. Fakim had helped many people with their skin problems, so I paid him a visit. Dr. Fakim confirmed that I had Psoriasis and explained to me that Psoriasis is a genetic disorder. He told me there was no absolute solution for curing this disease which had so far been discovered. He prescribed “Skin-Cap Cream”, “Daivonex” and “Diprosalic” for me and suggested to me to have a sun-bath for 15 mins each day. Skin-Cap especially also worked like magic for me. Another big bonus was that Dr. Fakim’s recomendations didn’t cost anywhere near as much as Dr. Kong’s ointment. So I stopped seeing Dr. Kong and I have been purchasing Skin-Cap online since that time (24 years ago).

Sometime in 2010 I found that I was not able to order Skin-Cap from anywhere. After doing some research, I suddenly realized that Skin-Cap contains Clobetasol Propionate, a super-potent topical steroid. In all of these years I had had no idea how much “Steroids” I was putting on my body. Every single ointment I had been prescribed contained steroids. Betamethasone was found in many of them. Betamethasome is a powerful topical steroid, but not as strong as Clobetasol Propionate. I understand very well the side-effects of steroids. I regularly spent time searching for a “magic/miracle remedy”. Every morning after showering, I had to spend half an hour to put on ointment/cream…etc over the patches. At this time I had small patches affecting almost every area of my body. I rarely had large patches anymore. I had accepted this “fate” and I had come to believe that I couldn’t live without topical steroids.

BUT now I’m so happy to tell you that my life is CHANGED. I have found a Dr. Chen who comes from Mainland China. I found him in July 2012. With his medicines (traditional Chinese herbs) 95% of my patches are gone and I no longer need to rely on topical steroids. Dr. Chen makes a potion from natural ingredients (plus some Ethanol); he advised me to combine his potion (his own medicine) with an antibacterial anti-inflammatory cream made by a Chinese pharmaceutical company. It is this combination which has removed 95% of my patches. The areas where I still have Psoriasis are my inner ears and some small areas of my scalp. I consider that I’m PSORIASIS-FREE now.

I have sent Dr. Chen’s potion to the Hong Kong Laboratory of SGS to have them test it for the existence of steroids. It is now confirmed that it has tested negative for Betamethasone. Unfortunately SGS do not have a test for Clobetasol Propionate. But I’m convinced that Dr. Chen’s potion is steroid-free, as Clobetasol Propionate is not a common steroid and its cost is not cheap at all. On the other hand, Dr. Chen’s potion and the cream are relatively cheap. One container of each is good for 20 days of continuous use (for my many small patches).

Since I’m not a doctor nor working in a pharmaceutical related field, I can only help you by giving you a sample of this great remedy “FOR FREE” if you are in Hong Kong. You will be using it at your risk. If you would like to thank me for it, please send something to my Paypal, or purchase items from my shop. It is my wish that I can help many more people who suffer from Psoriasis.


My Psoriasis condition has been relieved since I started using Dr. Chen's potion and cream. I tried not to use anything containing Steroids. I never paid attention to the "skin thinning" problem, until it appeared over my underarm and my inner thighs. 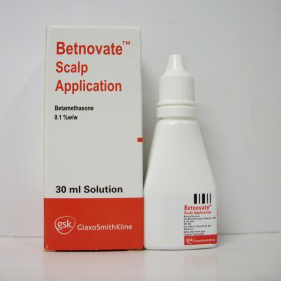 When I was a teenager, I used it for 5-6 years. I stopped using it for a long while. Recently Dr. Fakim suggested me to use on my fingers nail. 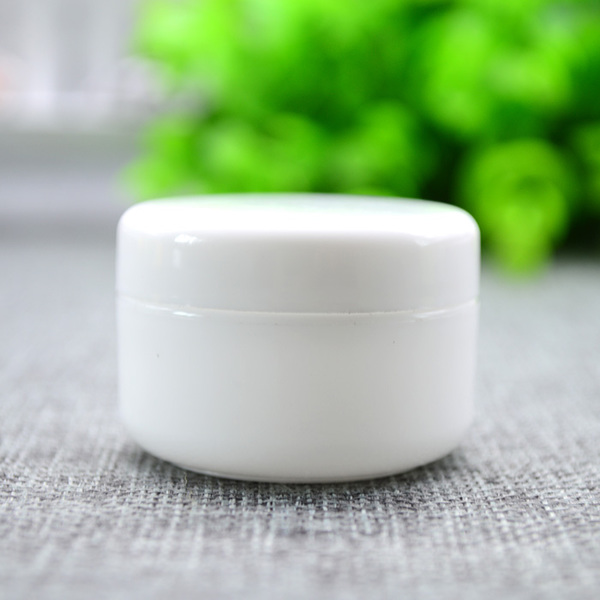 I used it for approximately 8 years since 1991. I'm sure Dr. Kong is retired now. I no longer use it. 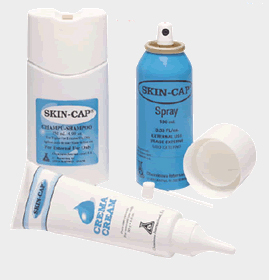 I started using it in 1999. I have been using it for 12 years until I was no longer able to purchase it online. 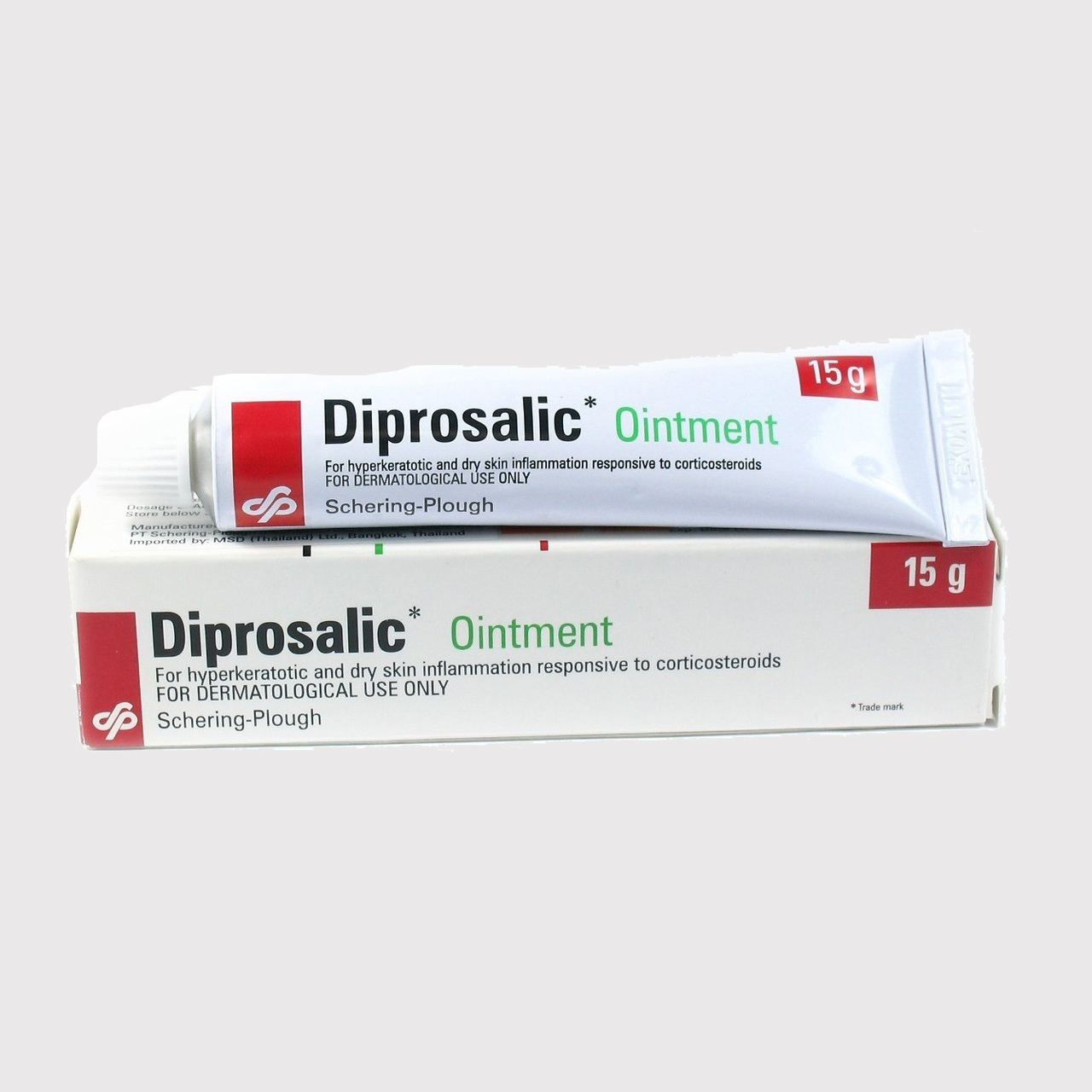 Since 1999 I have been using it continuously for 12 years. Now I use it occassionally over very stubborn patches. 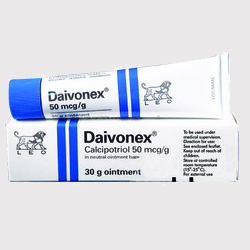 Since 1999 I have been using it continuously for 12 years. I no longer use it. 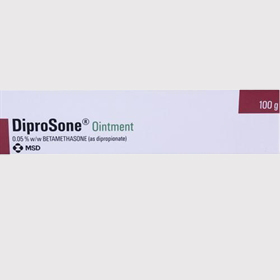 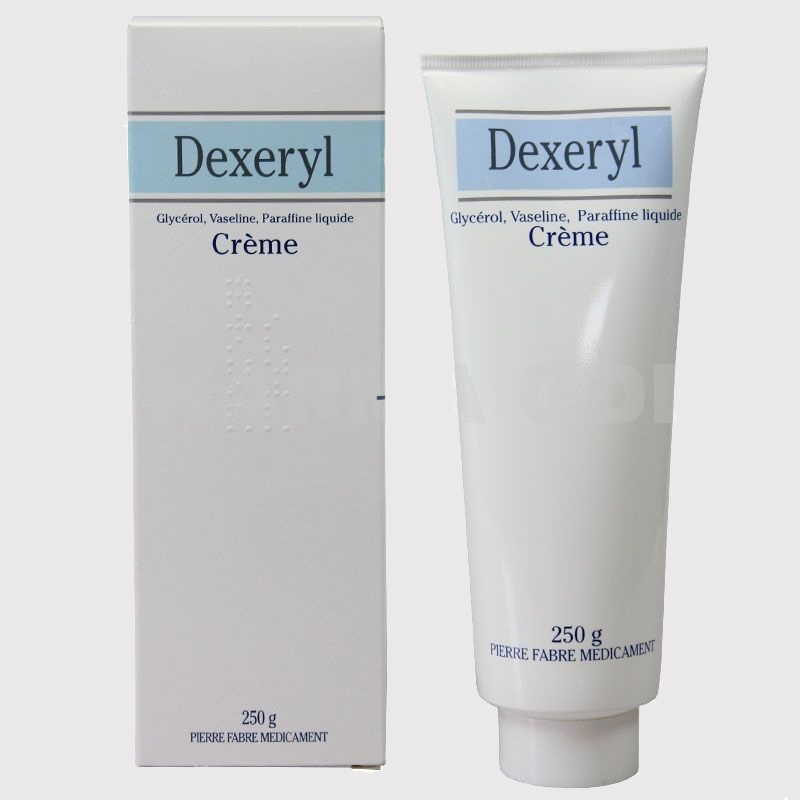 Since Jun, 2011 I have been continuously using it with Dr. Chen's cream and potion. 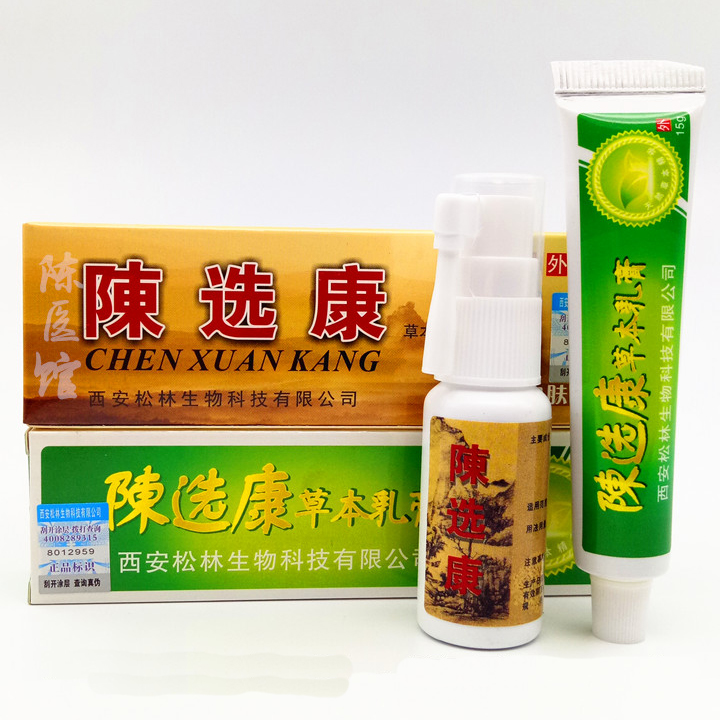 Since Jul, 2012 I have been using it continuously.


The table below shows all the daily toiletries I’m using. Personally I do not exhibit any side-effects from these products. Let me know if you need help to buy any of them. The price shown is the current price I pay for. It may vary from time-to-time. 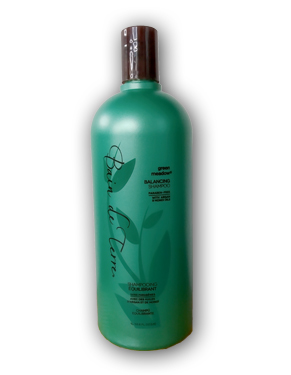 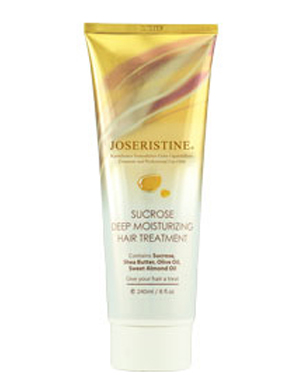 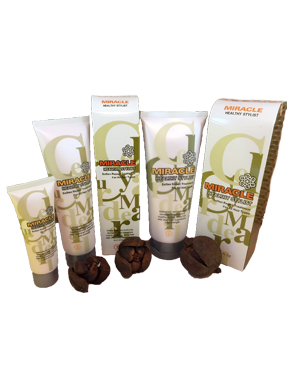 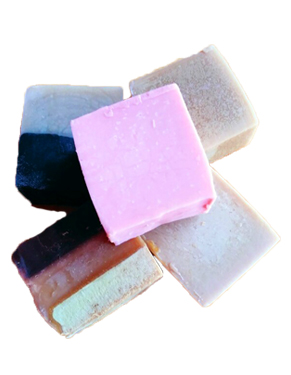 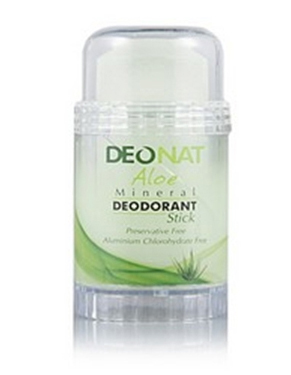 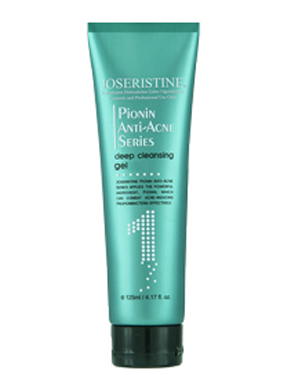 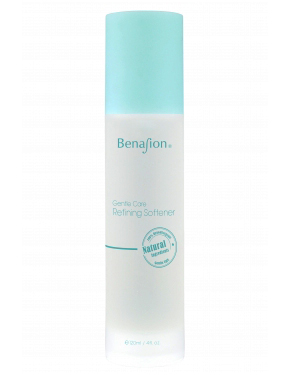 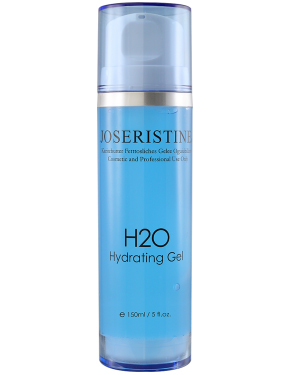 
Finding the right diet for us (Psoriasis fighters) is a headache. Once there was a Psoriasis fighter who told me not to eat "nightshades". I was kind of shocked! If I could not eat nightshade family vegetables, I would have almost nothing left to eat.

Then, another Psoriasis fighter told me to drink this "Rain Soul" drink; the cost was HK$22,500.-/month. He promised if I drank it continuously for 3 months, then I would be healed! Seriously? Who would buy that thought? Everyone knows that is a scam. The drink may not harm us, but just our wallet.

So I guess the best choice is to eat whatever you feel like. Below, is what I currently eat. You don't need to copy me. This is just for sharing.

I usually take a glass of as my breakfast.

Some people believe that soybean milk is no good for us (Psoriasis fighters). I read an article some time ago about this issue, but I was not able to find it again online recently. It said that the skin of the soya bean (not the milk) is what some people are allergic to, especially us. In my own case I never had a problem with the soya bean skin. However, I always remove the skins before I make my own soybean milk.


One cup of this drink as my breakfast (nothing else) does help me to lose weight. This has been my program since begining of Oct 2012. After 2 months, I had lost 7 pounds (3.2Kg). Losing weight is another key issue in getting rid of Psoriasis. When you are healthy (I don't mean skinny), your liver just needs to filtering your blood, with no other fighting job to do. When your liver is happy, your skin will look good too.

In order to lose weight, I’m also taking a glass of as my lunch. You are probably wondering how chocolate can help you to lose weight. It does! But the catch is to take no other food, but just 300ml of chocolate soybean milk.

Currently I have same dinner almost every night - A toast with cheese; turmeric powder; mushroom and egg.

Turmeric is a super super antioxidant, which is very good for your health. I'm buying it from a drug store. But you can get it from any spice supplier.


Do we need supplements? I'm taking quite a few of them. What works for me might not work for you. Turmeric (fresh root or powder) is something really good for Psoriasis fighters. Studies of Indian race people show that they have lower rates of skin diseases than people who eat less turmeric. Unless you hate the taste of turmeric or Yellow curry, I'm highly recommending you to take some turmeric daily. 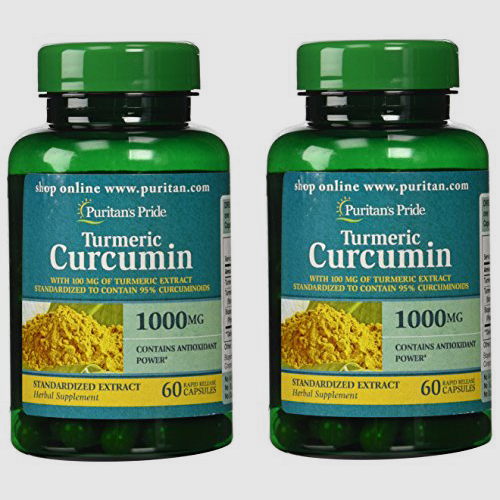 Since the capsule is quite big, I usually open it and sprinkle it across my toast to have it with egg and cheese. 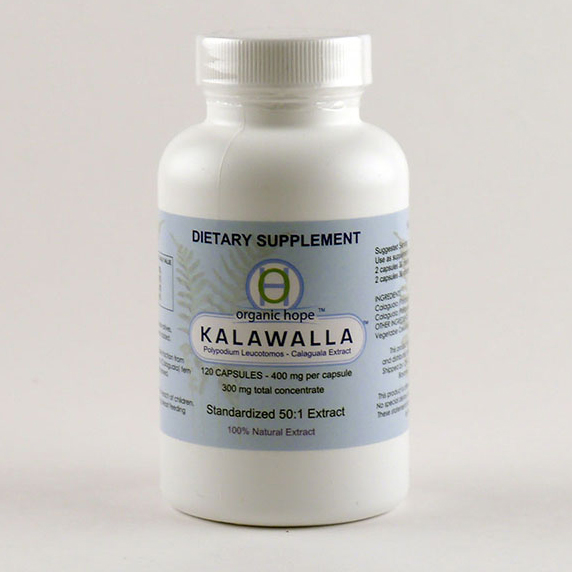 A herb which grows in Florida and further south, which is rich in antioxidants.

I am also suffering from Psoriasis Arthritis, a friend told me that Black Cherry is good for the joints.

This is the right place to discuss any ideas, critics, feature requests and all the ideas regarding my website. Please always check FAQ before posting to prevent duplicate posts.


If you find the information I provide here is useful, you may want to donate to my funds, so that I can look for more solutions and be able to pay for any lab tests.

If you send me more than HK$100.- let me know if you would like a bar of my homemade soap. 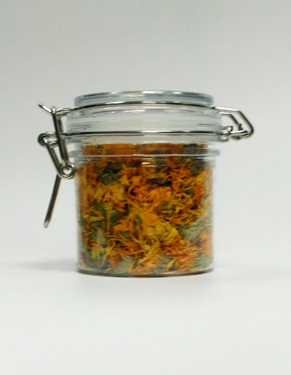 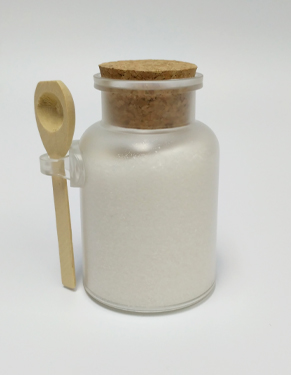 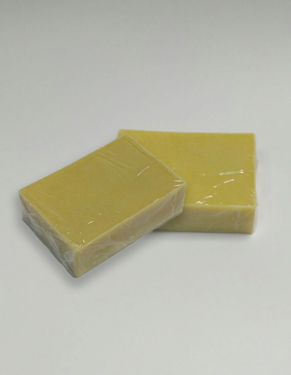 
Contact me and I will get back to you.